With the harnessing of electricity and the invention of the lightbulb, the world would never be the same.  Night became a tamed force, cities dominated as home of the people.  Along with this, one of the most ancient connections humanity has had with the natural world has become less predominant in our lives.  The night sky, familiar, necessary, and mysterious at the same time, disappeared from the catalog of what all needed to know.

In counterpoint to this, southern Utah has remained a last refuge for dark skies, skies that rival those our ancestors saw.  Dead Horse Point State Park, recognized as an International Dark Sky Park in 2016, is one of the most active and accessible areas to stargaze in the Moab area.  Its high plateau location, mountains far in the distance, and cities out of sight yield a nearly full view of the celestial sphere.  Park staff routinely provide programs celebrating the night sky, from walks under the full moon to gazing through telescopes at objects millions of light-years away.  Whether you want to enjoy by yourself or join a ranger, Dead Horse Point State Park is a premier spot to see the skies our ancestors wondered over and survived with. 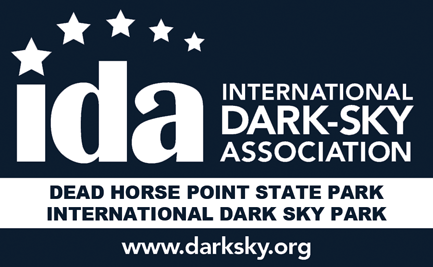