Additional Resources to Help in Fight Against Quagga Mussels 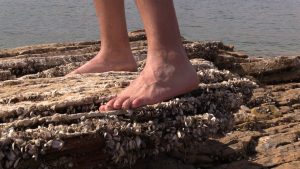 SALT LAKE CITY  ( via DWR) — During the recent legislative session, additional funding was allocated to keep quagga and zebra mussels from spreading from Lake Powell to other local waterbodies.

Quagga mussels are currently only found in Lake Powell, and the Utah Division of Wildlife Resources and Utah State Parks are working to keep it that way. These invasive species have wide-ranging impacts, including degrading fisheries by collapsing food webs, plugging water lines — which can cost taxpayers millions of dollars — and damaging boat engines.

“The threat is increasing, and we are trying to stay on top of this issue,” Scott Dalebout, the DWR statewide operations lieutenant, said. “Water is the most important resource we have, and we are committed to doing everything we can to prevent the spread of quagga mussels.”

Here are five changes this year to help prevent quagga mussels from spreading. 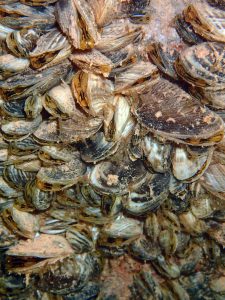 With the additional funding, DWR is considering the use of equipment called dip tanks to assist in boat decontaminations. A boat is placed into a tank of very hot water, which exposes the entire exterior of the boat to the hot water, while all the internal systems are flushed with the water simultaneously. It allows a boat to be rid of quagga mussels in about 5 minutes — a fraction of the time that a normal decontamination takes.

These dip tanks should be able to accommodate boats that are 30 feet or less.

“A dip tank has been mentioned by many western states as a possibility for several years,” DWR Aquatic Invasive Species Coordinator Nathan Owens said. “We are hoping to partner with local businesses to pilot dip tank decontamination services in an attempt to expedite the decontamination process. If we find the right partner, we might be able to test one out by this July or August. We would be the first state in the country to provide the option of a dip tank decontamination to boaters.”

Due to the additional funding, there will be more inspection stations this year than in past years. These stations will be staffed to inspect and decontaminate boats and will be available at Lake Powell, state parks with waterbodies and other points throughout Utah. There will be approximately 40 stations spread across the state this year, with an additional station to be added at Lake Powell later this summer. 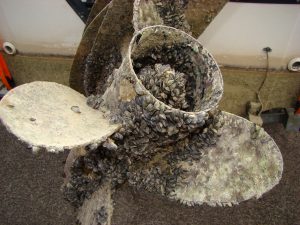 Quagga mussels on a boat propeller

Along with having more decontamination stations across Utah, their operating hours will be longer this year than in past years. This will not only speed up the process for boaters, but will also ensure that more boats are being inspected when leaving or arriving at lakes. The hours of operation will vary at each station, depending on the number of staff and popular recreation times.

However, if a boater leaves a waterbody after the mandatory inspection station has closed, they are still required to clean off their boat, pull the plugs and drain all the systems, including the ballast and bilge. They will also be required to contact the aquatic invasive species officials at the next waterbody they visit.

“We need people to plan ahead and expect delays, especially on weekends,” Dalebout said. “And remember to always clean, drain and dry your watercraft. We must all work together in this important effort.” 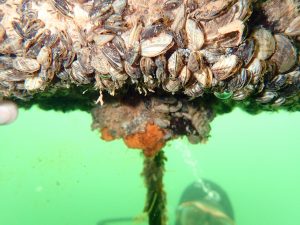 Law enforcement will be conducting four to five administration checkpoints this year, which is a slight increase from last year.

The additional funding will also allow law enforcement officials to increase their efforts in patrolling waterbodies and checking for boater compliance at the mandatory inspection stations. Anyone who doesn’t stop is guilty of a class B misdemeanor. Along with receiving a citation, the individual will be directed back to the station to get their watercraft inspected. Watercraft can also be detained or quarantined if the owner refuses to submit to an inspection. 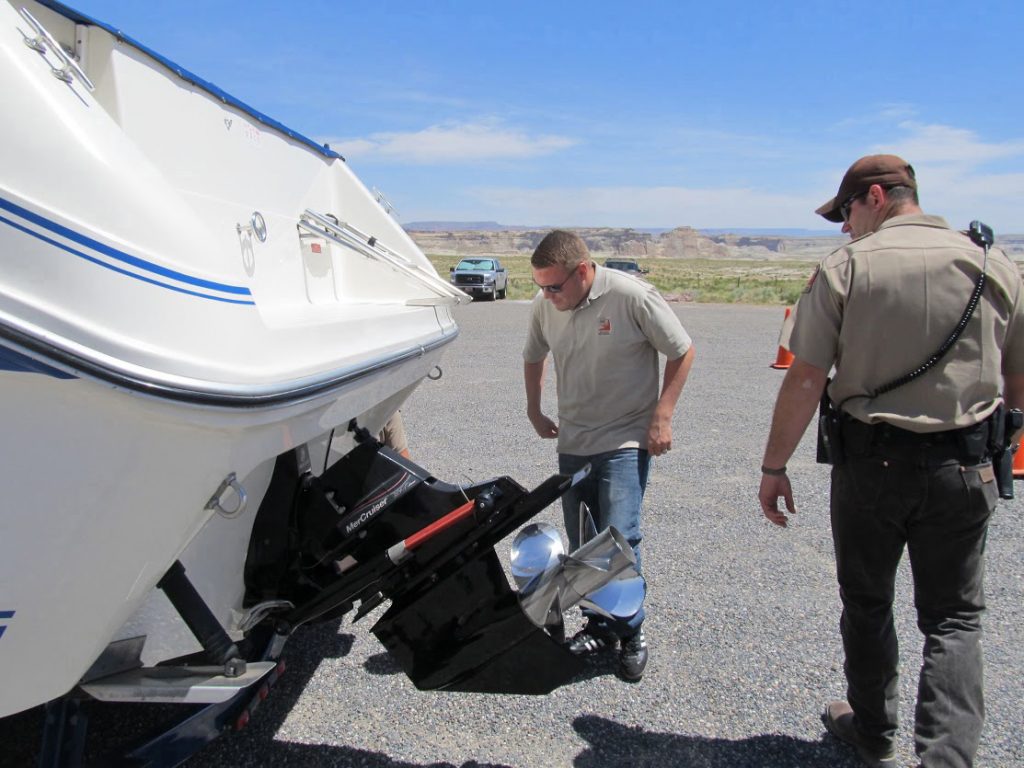