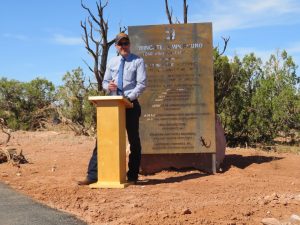 While the Wingate Campground has been open to the public since the beginning of April, the park chose to host the event later on in the year as improvements to the campground continued, as well as new signage. 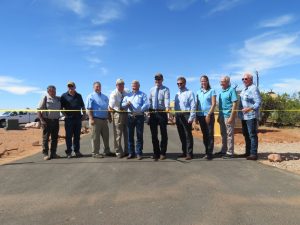 The new Wingate campground includes 20 RV/tent sites, 11 hike-in tent sites, and four yurt sites. You can learn more about the new sites and amenities here.  Two other yurts were also constructed next to the older Moenkopi yurts.

Before being promoted to Southeast Region Manager earlier this year, Megan Blackwelder served as the park manager of Dead Horse Point and has been a part of the construction process since the beginning.

These sites are an important addition, Blackwelder said, because of the park’s growing popularity.

“Dead Horse Point was turning away a significant number of campers on a daily basis throughout the busy season because our sites were full,” she said. “It was decided that adding campsites and yurts would be welcomed by visitors.”

These sites can easily accommodate large RVs and trailers. A majority of the campsites and yurts also feature stunning views you don’t find at most other campsites across Utah. 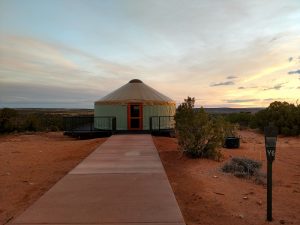 A yurt at the new Wingate Campground.

“The view off the deck in the Wingate Yurts is amazing,” Blackwelder said. “Most visitors don’t get to experience the canyon and park views from that perspective.”

The planning and design process for the Wingate campground began back in August 2016 with preliminary construction starting in February 2017.

A lot of work goes into a project like this, Deputy Director Scott Strong said. Staff must work with architects, engineers, project managers, and other construction personnel; all while normal park operations continue.

Even though there is a lot of work involved, Strong said, the end results have been well worth all of the hard work.

“This project will benefit thousands and thousands of park visitors,” he said. “With these new amenities and improvements, people can stay longer and come more often.” 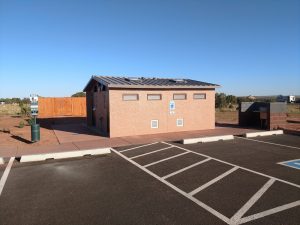 The new bathroom -featuring flushable toilets -at the Wingate campground.

According to Strong, Senator Hinkins was at the forefront of appropriating funding for this project. Because of this, the Division felt it was important for him to be a part of the ribbon-cutting ceremony.

“His support of not only Utah State Parks, but of recreation throughout the area is greatly appreciated,” Strong said.

Like Strong, Blackwelder said she thinks the visitors will benefit because of these improvements. However, she also feels she has personally gained something from the project.

“It was a great learning experience to be part of the campground development process,” she said. “It has been very rewarding to see visitors enjoy camping in these new spots this season.”

Dead Horse Point was designated as a state park 1959. With its breathtaking views, friendly staff, and these updated amenities, it continues to be one of the most popular parks in the Utah State Parks system with hundreds-of-thousands of visitors each year. 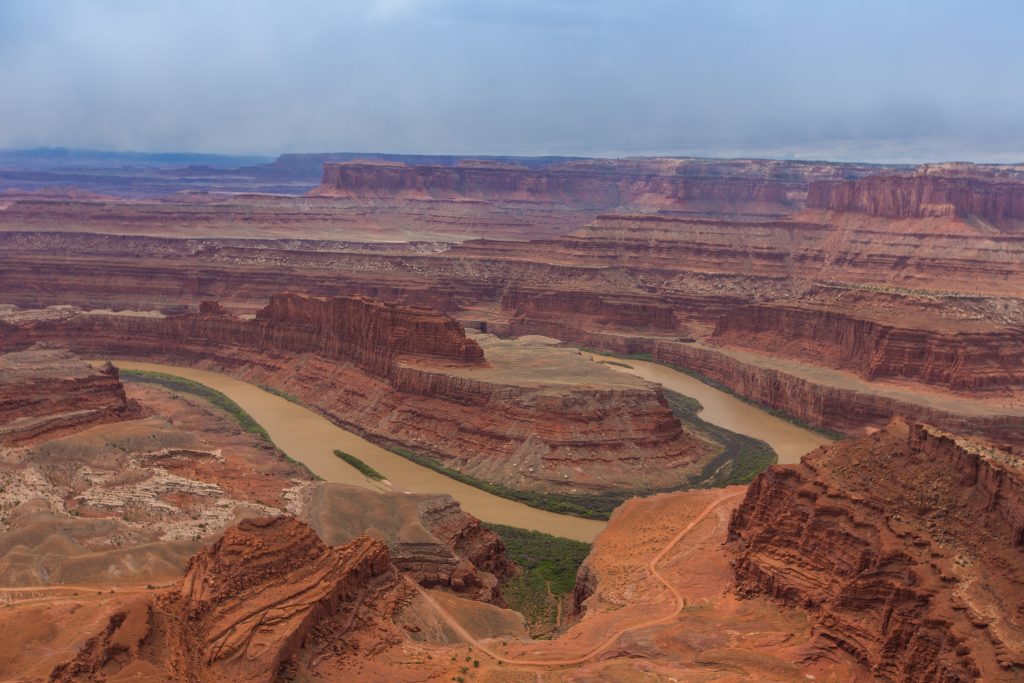