RED FLEET STATE PARKS — Here at Utah State Parks, we have a big problem and we need your help to fix it.

Some visitors to Red Fleet State Park have been ripping up sandstone slabs containing 200-million-year-old dinosaur tracks and throwing them into the water.

While this problem is quite alarming, often times the people who are doing this have no idea they could be destroying millions of years of history, Park Manager Josh Hansen said.

“Some of the tracks are very distinct to the layperson,” Hansen said,”but just as many are not. That is why it is important to not disturb any rocks at the dinosaur trackway.”

People come to Red Fleet from across the country and the world to see wonders like these, Hansen said. By deteriorating the track site, people are taking away the experience from thousands of others. Not only that, but this act also constitutes a crime. 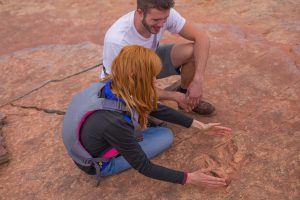 One of the large dinosaur tracks at Red Fleet State Park

“It is illegal to displace rocks that contain the tracks,” Hansen said. “Disturbing them like this is an act of vandalism.”

This problem has increased within the last six months; with a conservative estimate of at least 10 dinosaur tracks vandalized in that time.

While there are existing signs in the area around the tracks, park staff have also started adding additional signs to help ensure people know to not disturb the site.

Utah State Parks believes education can play a big part in stopping this kind of behavior. To help combat it, we are asking everyone to spread the word. Please, do not throw any rocks in the dinosaur track area at Red Fleet State Park. Help us keep the area preserved and beautiful for visitors both tomorrow and for generations to come. 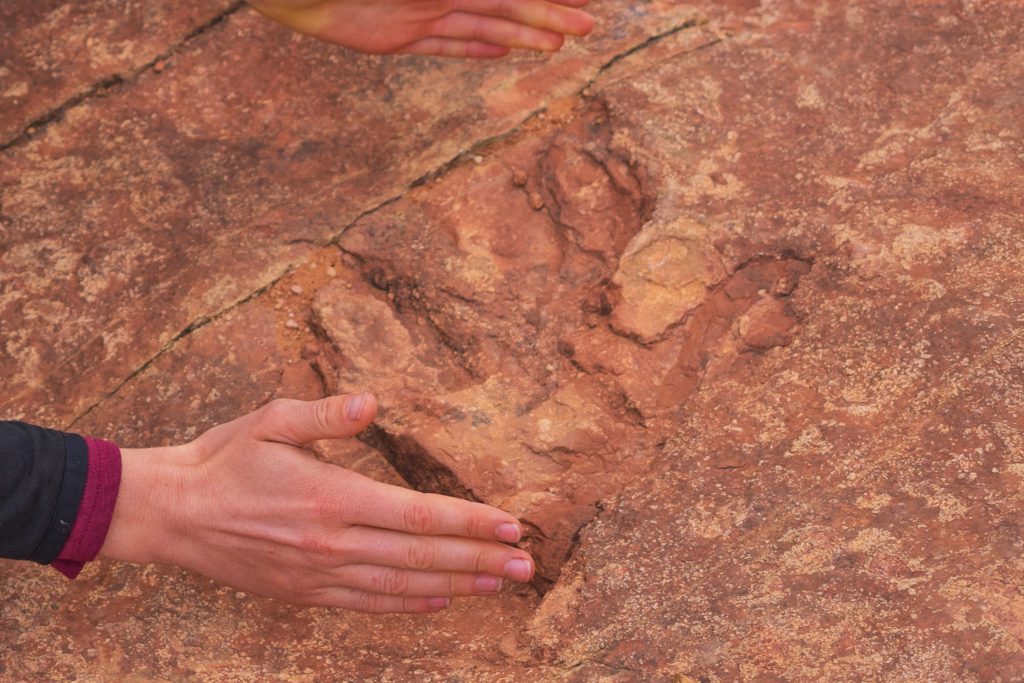